The ninth running of the Dubai 24 Hours takes place in January 2014 and Priocept have confirmed their sponsorship of the Dragon Racing Ferrari 458 GT3, with Priocept co-founder Dan Norris-Jones as one of the team’s drivers alongside professional driver Rob Barff. 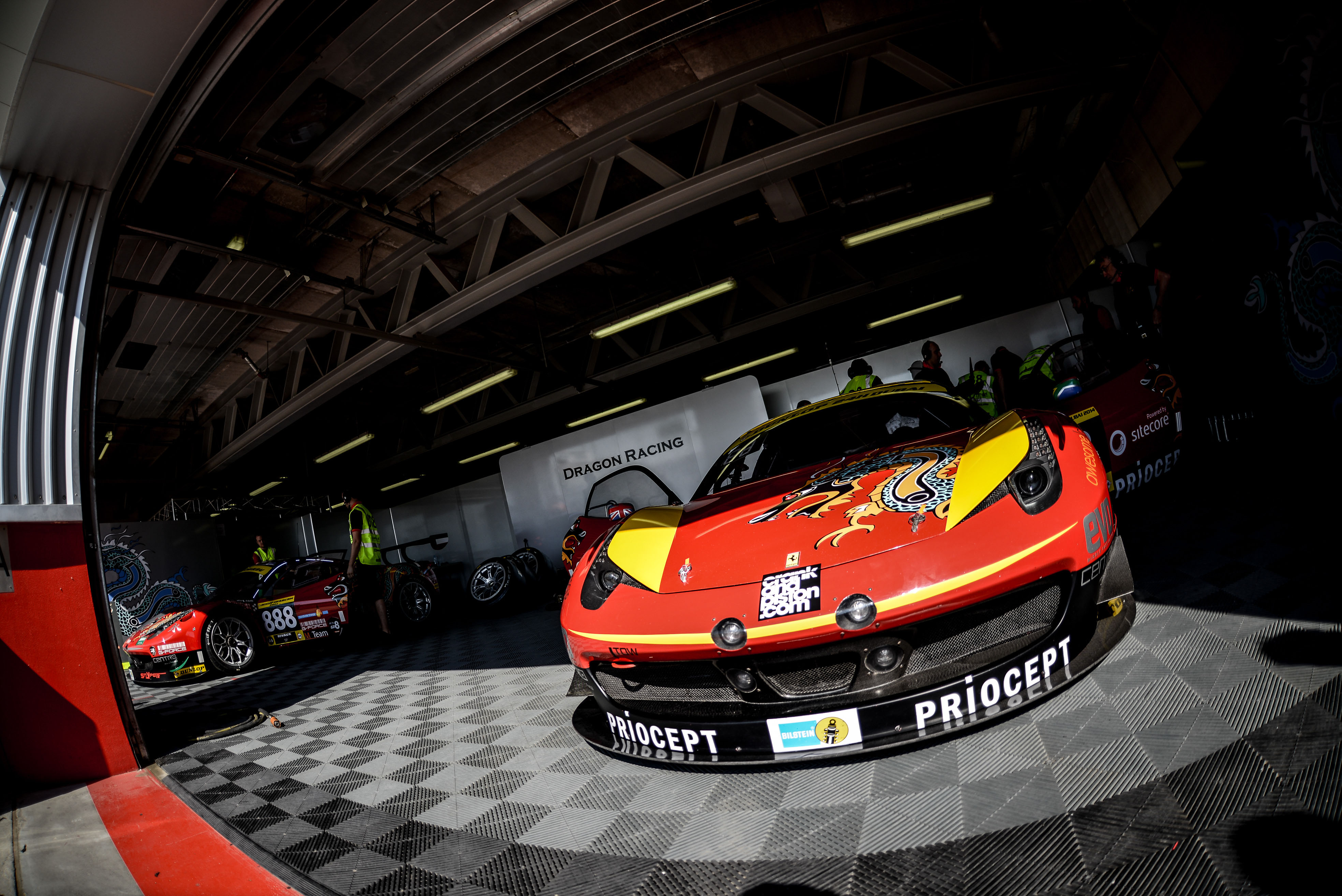 The Dubai 24 Hour race is held at the Dubai Autodrome, starting at 2pm on Friday 10th January and running continuously through the night until 2pm on Saturday 11th January.

Upon the announcement of his entry, Dan Norris-Jones commented:

Last year we raced in the Dubai 24 Hours in a Mercedes SLS AMG GT3, finishing 12th overall out of a grid of 80 cars, and would have made the top ten if not for a collison during the night which cost us a lot of time in the pits making repairs.  It was a great experience but for 2014 we wanted to find the most competitive team possible and have a chance of running at the front and competing for a podium.  Rob Barff has been working with me for some time, helping me to develop my driving and more recently helping me to prepare for the Ginetta Supercup championship in the UK.

So when Rob offered me the chance to compete alongside him in the Dragon Racing Ferrari 458 GT3, I jumped at the chance.  Rob qualified on pole for the race in 2012, and held the lead in the race in both 2012 and 2013 before running into trouble.  He has also raced at the Le Mans 24 Hours, Spa 24 Hours, and has a podium finish at the Daytona 24 Hours to his name.  So I’m privileged to share a car with a world class driver like Rob.  The only downside is the pressure that comes with driving with Rob and the team.  In December we go to Dubai to test the car and make final preparations for the race, including some final coaching from Rob to make sure my pace is as close to his as possible.

The whole team here at Priocept are very much looking forward to being part of the first top-level motorsport event of 2014. Through our sponsorship with Dragon Racing we are looking to increase the awareness of our company and brand in the region, whilst experiencing the race at close quarters with one of the leading teams on the grid.

We are planning to bring an even larger contingent of staff, clients and partner firms over from the UK this year and we will all be cheering on Rob, Dan and the rest of the team to witness what we hope will be a race winning performance!

As a director of Dubai based Dragon Racing I’m very much looking forward to our home endurance event. I’ve been on pole position and lead this event before – the coming race will be my sixth participation in the Dunlop 24 Hours of Dubai.

Dragon have always shown that we have the speed but lady luck has rarely been on our side. We always prepare to the very best of our capabilities and are hoping that in 2014 we’ll see the chequered flag. If we stay out of trouble we should be extremely competitive and be running at the front. The Ferrari 458 Italia is a wonderful GT3 car, it’s a joy to drive and I hope that Dan, and his Priocept guests, will enjoy being a part of Dragon as much as I do.

Over 80 entrants are expected for the race, this includes a wide range of professional teams and drivers from all around the world, with factory supported Ferrari, McLaren, Mercedes, Porsche, Bentley and Aston Martin entries, and world class drivers including current Le Mans drivers and former F1 drivers.

The race was won in 2013 by the Black Falcon Mercedes SLS AMG GT3 of Bernd Schneider, Jeroen Bleekemolen, Khaled Al Qubaisi and the late Sean Edwards.