The second weekend of October brought the final rounds of the 2014 Ginetta Supercup at the Brands Hatch circuit in Kent. The season starts on the Brands Hatch Indy circuit and concludes back at Brands Hatch on the Grand Prix layout. With Brands Hatch being the team’s home race they were in good spirits coming into the weekend and a total of 19 cars were on the entry list. 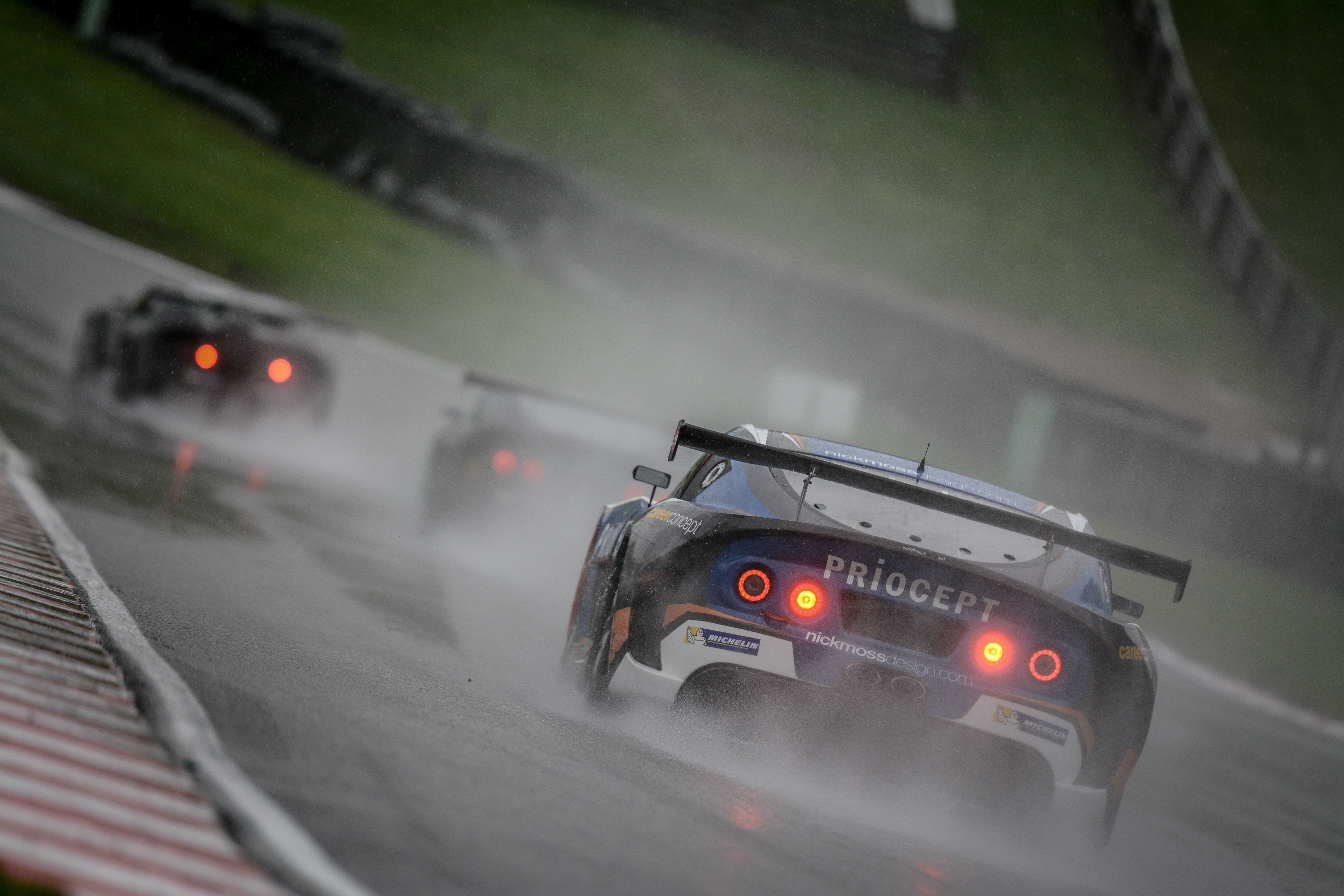 As normal there were two test sessions held on the Friday, both of which were held in wet conditions. The first free practice finished with Dan in 14th place but second free practice, again on a wet track, resulted in Dan finishing in 16th place, running on old wet tyres used in previous race weekends.

Saturday consisted of a hectic schedule of qualifying plus two races. Qualifying was again on a wet track and Dan qualified down in 17th place with a time of 1:44.007, not an ideal start to the competitive part of the weekend, giving a difficult grid position for the first race.

Race one set off on early Saturday afternoon, again on a wet (but drying) track. Dan managed to get the car up to 14th place by the finish, after overtaking one car ahead and gaining a further two places due to other cars having accidents and not finishing the race.

Race two was scheduled for just a few hours after race one, with a race against time to get the car ready again. The track was in similar wet conditions with Dan starting from his 14th place finishing position from race one. Dan had an uneventful race except for having to avoid the aftermath of another competitor’s engine blow-up, and finished in his starting position of 14th.

The final race of the championship took place on the Sunday afternoon in front of a packed BTCC crowd. This time the conditions were dry, allowing the cars to run on slick tyres for the first time all weekend. Dan started the race in his 14th place finishing position from race two. The start of the race almost ended in disaster for Dan as he was hit from the rear going into turn one on the first lap, sending him sideways onto the grass, but he managed to recover and keep the car pointing the right way and even gained a position due to another car getting stranded in the gravel trap at Paddock Hill, moving Dan up to 13th place. After a safety car period and several laps for Dan to gain confidence in the car after the first corner impact, Dan was matching the pace of the pack of cars ahead but was unable to gain positions. Dan eventually came home in 11th place, just missing out on an opportunity to finish the season with another top ten finish.

At the conclusion of the season, Dan finished the 2014 Ginetta Supercup championship standings in 9th place, with Jamie Orton the next nearest competitor at 8th in the points table. Charlie Robertson was crowned the 2014 champion and Priocept Racing finished 8th in the team’s championship.