The use of open source technologies is increasingly common in large enterprises, not just in small or “pure dot com” businesses. But many organisations are hesitant to make the jump to open source, and struggle to develop an IT strategy that encompasses it. 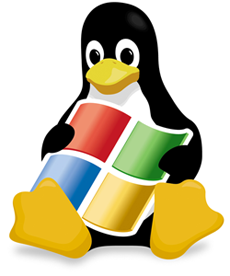 Priocept has worked with large enterprises on both open source and “traditional” commercially licensed platforms such as Microsoft. Here we provide some guidance and insights into how you can take advantage of open source technologies to eliminate software licensing costs, reduce support costs, avoid “vendor lock in”, and to give you the freedom to fully customise software solutions to meet your needs, rather than waiting on “it’s coming in the next release” promises from commercial software vendors.

Why Use Open Source?

The main benefits of using open source technologies are as follows:

On the other hand, there can be disadvantages of going open source:

The most common barrier to adopting open source solutions is the perceived risk of running business critical systems on unsupported software. While this risk does exist to a certain degree, it is generally overstated, especially by competing commercial software vendors!

You should assess this risk for yourself and be objective and critical about what an alternative commercial software product really gives you, over and above an intangible “comfort factor”:

Commercial software products become particularly expensive compared to open source when you need to scale them out to large numbers of servers.

If you have one server running an internal application for 100 users, a £10,000-per-user license fee may be acceptable, especially if it works “out of the box” and is quicker and cheaper to deploy compared to an open-source alternative.

But if you have a large web farm of 16 servers, or want the option to scale to that level, 16 server licenses at £10,000 each (or an equivalent site license) become prohibitive. Even if the equivalent open source solution requires an extra 50 man days of customisation, deployment and testing compared to the commercial alternative, this could work out to be more cost effective overall, and you will have unlimited scalability going forward with only hardware costs to consider.

For example, Apache Jackrabbit is a freely available open source Java Content Repository (JCR) implementation, but it is developed by [inlineexternalink href=”http://www.adobe.com/marketing-cloud/enterprise-content-management.html”]Day Software[/inlineexternalink], who also develop CRX, a commercial alternative based on Jackrabbit code.

This model is quite common as software vendors use the open source version for marketing purposes, using it to drive interest and adoption in the software developer community, which in turn can drive usage of the commercially supported version in production environments.

If both commercial and open-source options for the same software are available, use them to your advantage:

Finally: Open Source vs. Free vs. Standards Based

The term “open source” is often used to mean several subtly different things and its worth clear up the terminology:

Note that the Open Source Initiative has a definition of open source which clears up this confusion. But this definition is not necessarily universally adhered to or consistently used.

Sometimes you may just be looking for a cheaper software alternative, in which case free software is required, but open source may not be necessary. In other circumstances, you need software that you can modify to suit your own needs, in which case you definitely need open source. And in other scenarios you may need a product that conforms to open standards, so that you are not permanently tied in to that product, but you need it to be commercially supported and don’t actually need access to the source code.

Although these distinctions are fairly obvious, make sure you are evaluating software correctly and based on the criteria that are actually relevant to you.